From the Pastor's Desk 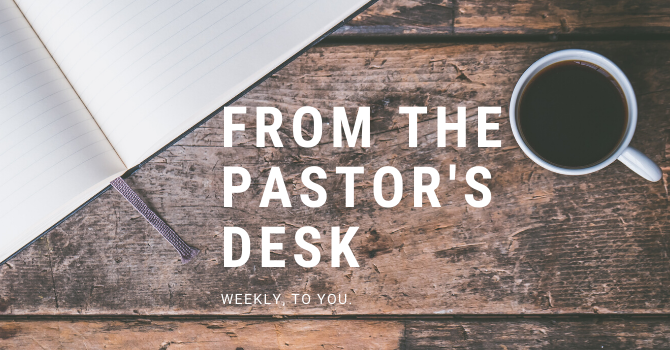 This month we celebrated Canada's 153rd birthday. An annual celebration greatly muted this year due to the ongoing pandemic scenario. I for one will miss the pageantry and  fireworks (not even sure “virtual” counts when it comes to fireworks). But perhaps being  somewhat less exuberant than those of past years and being in a time of national pain - emotional as well as physical - it may serve us well in pausing to reflect on where this nation is and where it seems to be headed.

Let's be clear, I am both a passionate nationalist and ardent monarchist. For the entirety of my life I have  been proud to sing "God Save the Queen" and "O Canada" with equal fervour. I also hold fiercely to the teaching of Romans 13:1  which says, "Let everyone be subject to the governing authorities, for there is no authority except that which God has established. The authorities that exist have been established by God”. I will continue to give thanks for Canada, and pray for her leaders.Yet, in spite of such deeply entrenched and well-intended patriotism, I am profoundly grieved and full of sorrow for Canada. I watch the news and see much hatred and injustice, greed and self aggrandizement which marginalizes whole segments of our society. I witness scenes of intellectual suicide and closed minded discussions which only exacerbates the ills of our nation further.  On top of this, and of a far deeper tragedy,  I see the shameful and continued turning away from the God who made us and gave us this great land in which to live.  The results of such open rebellion are counted in, amongst many other ways,  the number of babies who have been denied life and in the pursuit of lifestyles that are in direct opposition to God’s holy word. To put it bluntly, this country is in serious trouble. But  what are we to do? Well, what we don’t need is to spend more time observing political pundits pontificate about the need to be more socially aware. Nor do we need to be spending buckets of money on endless studies and commissions trying to determine just what’s wrong.

Perhaps what we really need is to have a closer look at one of the symbols we don’t often mention on Canada Day. On our nation's Coat of Arms you will find our national motto — A mari usque ad mare (From Sea to Sea)— which  is biblical, taken from Psalm 72: Et dominabitur a mari usque ad mare, et a flumine usque ad terminos terrae — He shall have dominion from sea to sea, and from the river unto the ends of the earth. "It seems that George Monro Grant was the key figure in the national motto. A Presbyterian minister most notable for his long principalship of Queen’s University, he crossed Canada in 1872 as the secretary to Sanford Fleming, chief surveyor and engineer of the Canadian Pacific Railway. (British Columbia had just joined Confederation in 1871). His memoir of the trip was called Ocean to Ocean, and he subsequently preached frequently on Psalm 72, invoking God’s blessing upon the new dominion, and advocating A mari usque ad mare as the national motto. It was adopted in 1921”. (Father Raymond J de Souza - National Post, 06/29/17).

Now don’t misunderstand me. I am not blind to the many failings, injustices and self-inflicted wounds for which our nation is responsible. I am certainly not deaf to the many voices that can speak to this more eloquently than I. Yet in spite of many limitations I can, with clarity and understanding,  voice the truth that if this nation is to ever get to a better place, a place of justice, joy and jubilation, it must turn its collective heart to God. You see, the root of problem is not social or political. It is spiritual. It's a matter of the heart. For God to exalt a nation its citizenry must turn from its sinful ways, repent of such actions and plead for mercy from the Almighty. It is pointless to keep talking about legislative change without seeking the God who is over the legislature. Nothing less than sweeping revival of the Holy Spirit will turn things around for Canada.  And so to this end we pray, “God, heal our land”. Won’t you join me?

In this month of national celebrations, let us together get on our knees and cry out to our God that he might bring the gospel  of Jesus Christ to bear upon the hearts of our leaders and the millions of inhabitants that make up this country. And may we see this for the glory of God,  “A mari usque ad mare”.